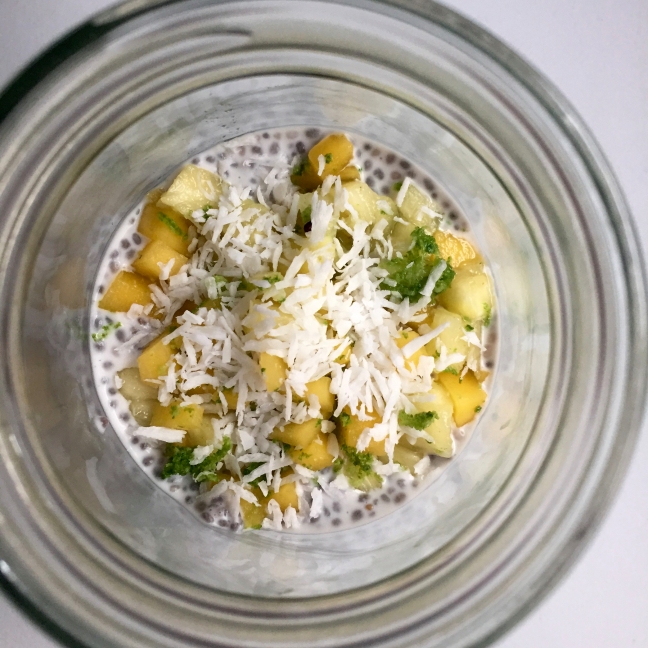 I’m finally back at it with Angela Liddon’s Oh She Glows Everyday, and my self-imposed hiatus was because… I moved! I’ve been living at home with my family in Massachusetts for a while now but I finally took the plunge and moved in with my boyfriend in Connecticut. Yay! I’ve basically been getting unpacked, building Ikea furniture (like a boss), and finding my groove in the new kitchen (super important), so I’ve put these recipes on the back-burner for the last couple of weeks. Until now! 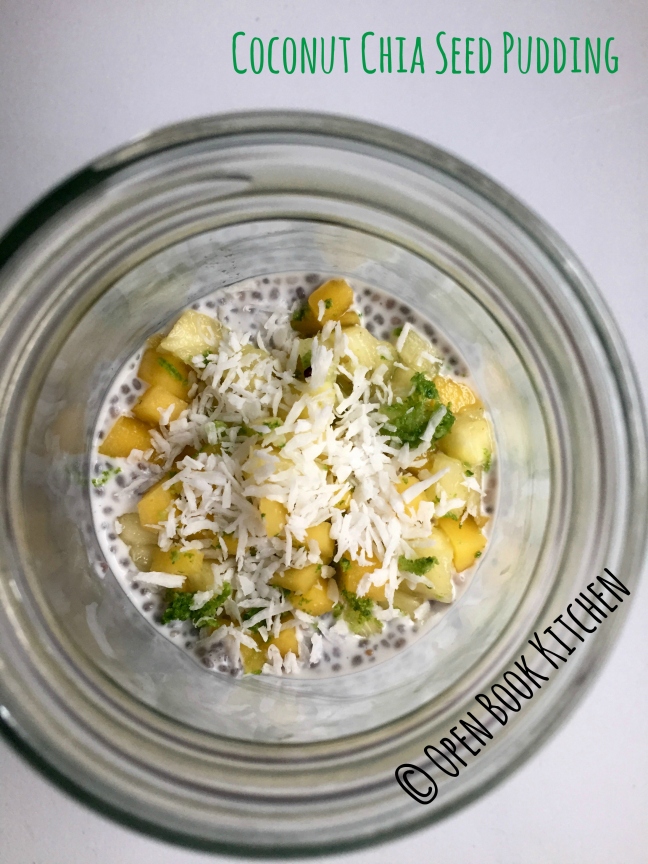 I’ve been a fan of chia pudding for a while now, and I always have chia seeds on hand, so why don’t I make chia pudding alllll the time?! I have no idea. Because this recipe was super easy and so delicious. Chia seeds are high in omega-3 fatty acids and fiber which makes them a pretty filling and nutrient-dense breakfast option. All you have to do is throw everything together in a jar, refrigerate it overnight, and in the morning you just add whatever fresh fruit and toppings your little heart desires! Angela’s recipe uses one can of light coconut milk which gives it a richer flavor and makes it slightly thicker than other puddings I’ve made with almond milk. In the morning I portioned out my breakfast (the recipe makes approximately three or four servings) and threw some lime zest, shredded coconut, fresh pineapple, and fresh mango. It tasted like a tropical treat and I will definitely make it again! 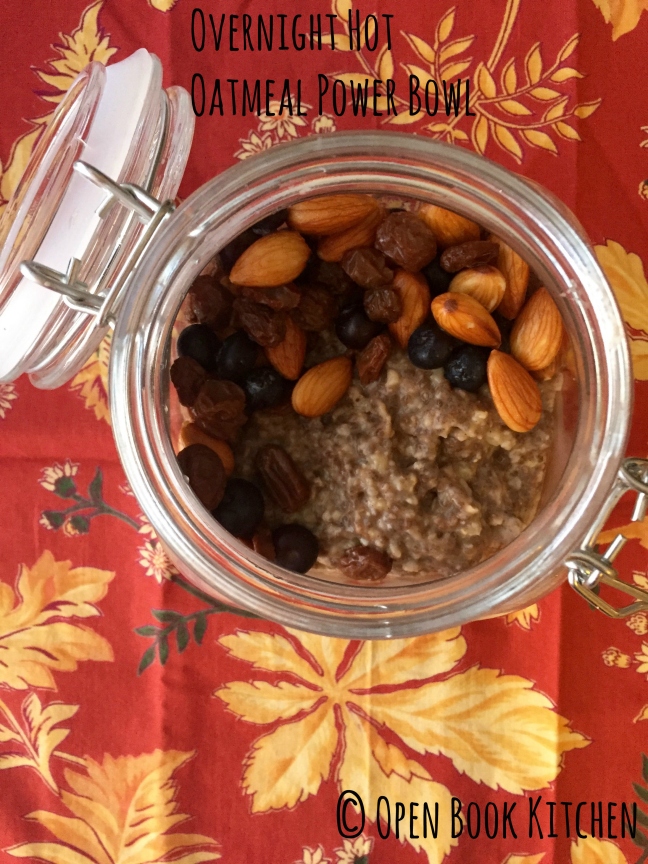 This was another overnight breakfast recipe that I just had to try! I’ve made overnight oats a million times (both at home and at the juice bar I used to work at) so this wasn’t a new concept for me, but the addition of mashed banana in the overnight oats was new. Along with the mashed banana there were oats, chia seeds, cinnamon, vanilla, and sea salt. The one thing I altered was that I used one cup of water as the liquid instead of 2/3 cup almond milk and 1/3 cup water. It’s just a personal preference for me – I prefer them to sit in water overnight and then add a splash of almond milk in the morning over the stove to loosen them up. I also took Angela’s advice and soaked some raisins and almonds overnight (this essentially “sprouts” them and makes them easier to digest) and added them with some fresh blueberries. I liked these oats a lot but I’m not sure about the mashed banana – I LOVE banana but I think I’d rather just add fresh banana slices on it in the morning. They were a touch slimy! But I’m not opposed to trying it again. 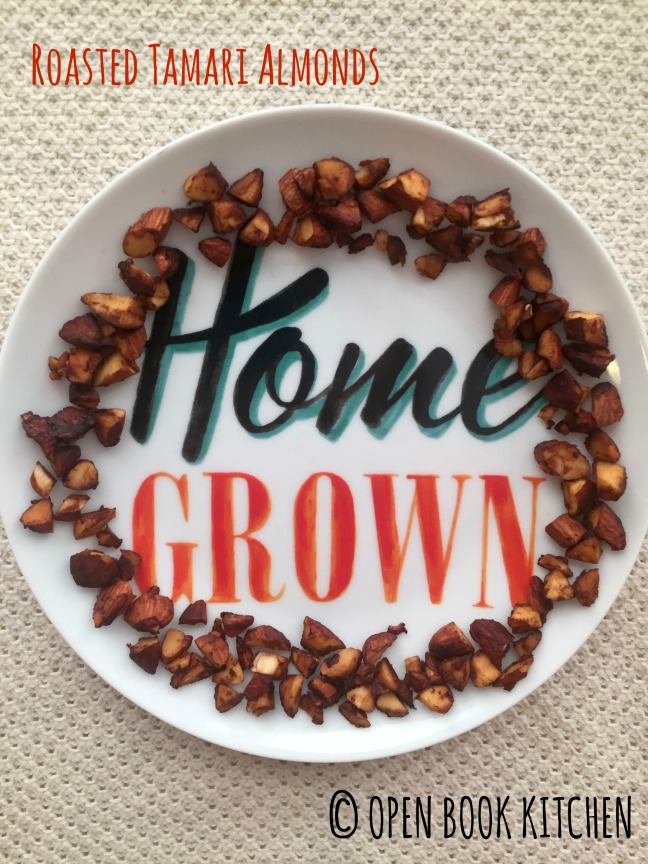 This recipe was super simple – it’s literally just almonds and tamari. I fully acknowledge that they didn’t photograph well but they tasted SO good! I added some to rice and veggie bowls and tacos and they add a nice crunch and salty/umami taste. They didn’t get as crunchy as I wanted them to, but maybe next time I’ll turn the temperature down when baking them and let them go for a little longer. 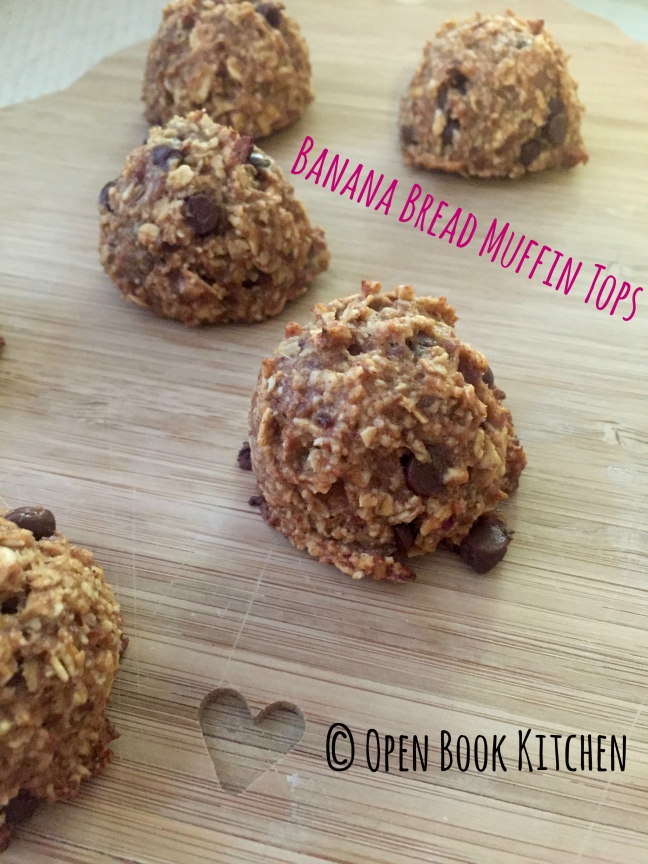 THESE. Banana bread is one of my favorite foods and these little guys would make a great portable breakfast or snack. They are still a bit gooey on the inside but they’re not crumbly on the outside because of the dates holding them together. They’re also filled with the mashed banana, oats, coconut oil, vanilla, cinnamon, baking powder, sea salt, and mini chocolate chips. Basically, all the things I love! You need to make these.

From now on these Vegan Cookbook Challenge posts are going to be on the site every Friday instead of Monday, so I’ll be back next Friday with more yummy recipes!