Okay, so I think it goes without saying but I LOVE this cookbook. I think these are some of Angela’s best recipes yet! It also helps that for so many of them I already have all of the ingredients (or at least most of them) in my kitchen already, so I don’t have to go out and buy a random expensive item at Whole Foods. Now don’t get me wrong, I love doing that sometimes to make something special, but I just love that these recipes are so approachable and easy to execute. 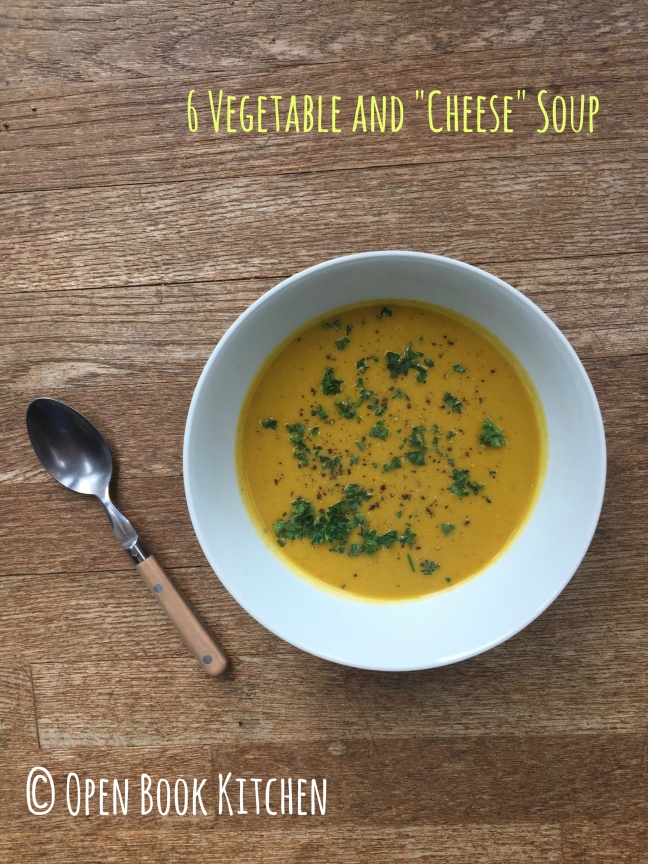 This week I knew that I wanted to make soup, because nothing says fall like a creamy, comforting bowl of soup! Honestly, his recipe stood out to me because it had the word “cheese” in it. I’m totally serious. I love anything described as cheesy, and I always have! This soup is basically just a bunch of vegetables (sweet potato, carrot, celery, onion, garlic, broccoli) cooked together with veggie stock, with nutritional yeast (for cheesiness!) and spices, and blended all together until creamy. Super simple, super easy to pull together, and SO FREAKING GOOD. This recipe is going to become a staple in my fall/winter kitchen – it is so flavorful and warming. I’ve already eaten all my leftovers and want to make it again…

Now, to go with my soup I knew I needed something crunchy, so I decided to attempt this cracker recipe. I didn’t really know what to expect because I’ve never made my own crackers before, but it was actually pretty easy! I love that this recipe is pretty much just a bunch of different seeds, spices, and sun-dried tomatoes. That’s it. You just mix them all together in a bowl and spread it out on a cookie sheet to bake! Now, I admit that I didn’t spread it as thin as I should have in some places, but I actually like that some of my crackers ended up crunchy and some of them were a little more chewy. They went great with the soup but I also started munching on them throughout the day and having them with some tart green grapes made for a really yummy but wholesome snack. Now, I’m not a big fan of garlic so I went light on it, but they still had a lot of flavor. 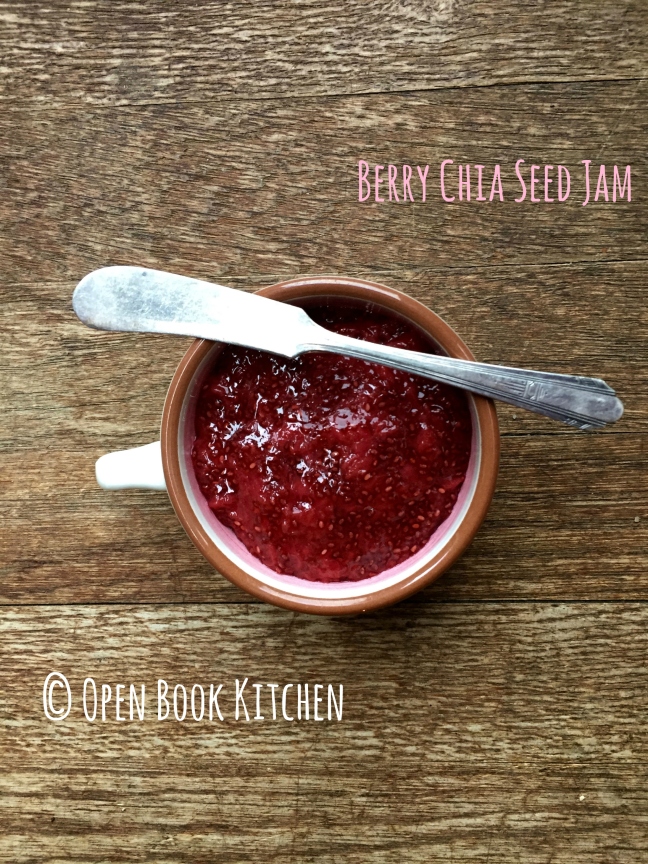 This recipe is right up my alley! I never really buy jam or jelly, but whenever I have fresh raspberries I mash some up with chia seeds and spread it on toast with some nut butter for a yummy version of pb&j. This recipe is basically a slightly fancier version of that, but still insanely easy! I love that it uses frozen berries (I used strawberries), because it’s cheaper than buying so many fresh berries. You basically just cook the frozen strawberries on the stove with some maple syrup, mash it up, add chia seeds and any other additions (like vanilla), and voila! Super sophisticated-looking jam that you can add to anything! It tastes really good, but is a touch sweeter than I probably need it to be, so maybe next time I’ll experiment with less maple syrup.

Since I had the jam I knew I needed to try these breakfast cookies! I made them smaller than Angela did because I wanted to be able to just pop them in my mouth, and I didn’t want them to be too dense, but they are amazinggggg. Of course I wanted to make these right away but my bananas were taking FOREVER to ripen – of course whenever I want them ripe for a recipe they take a long time but whenever I want to eat them fresh they ripen too quickly! I actually sped the process up by baking my bananas at 300 degrees for half an hour – I just threw them on a parchment-lined cookie sheet and let them cool before peeling them. I highly recommend this method! My bananas were definitely yellow (I don’t think this would work on super green bananas) but then just needed an extra push to get to good baking consistency. So try it out! The only thing I changed with this recipe is that I added a splash of almond milk to the batter because it was still very dry. But they turned out wonderfully! These cookies are like biting into a little pod of oatmeal with a lovely peanut butter and jelly flavor. They’re chewy but still hold together well. I will definitely make these again and will experiment with different flavor combinations!

All in all, I’d say it was definitely a successful week! Now that it’s October I have my eyes on the pumpkin recipes in this book… might have to make that happen next week!